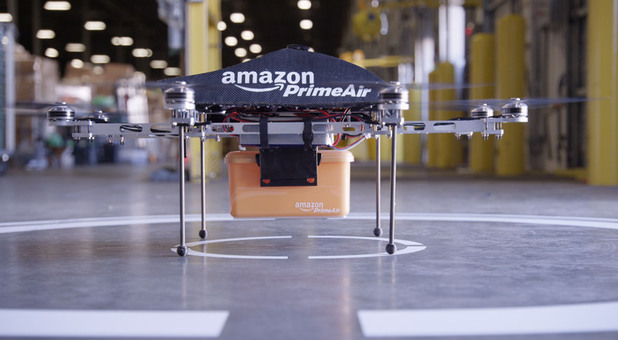 According to media source the company’s CEO Jeff Bezos revealed the flying drones known as Octocopters, which could deliver items weighing up to 2.3kg to customers within 30 minutes of placing an order.

Amazon said that the technology is ready to begin but awaits the decision of the Federal Aviation Administration(FAA). “From a technology point of view, we’ll be ready to enter commercial operations as soon as the necessary regulations are in place,” he explained. “The FAA is actively working on rules for unmanned aerial vehicles. “We hope the FAA’s rules will be in place as early as sometime in 2015. We will be ready at that time.” It’s not clear whether Prime Air will be available outside the US within Amazon’s target dates.