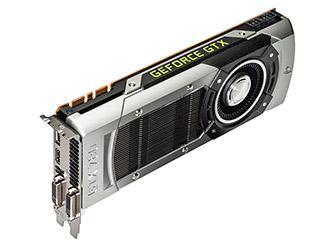 NVIDIA’s yearly desktop product line refresh, with the set up of the GeForce GTX 780. Founded on a cut-down GK110 GPU, the GTX 780 was by most metrics a Titan Mini, offering a significant performance boost for a mid-generation part, albeit a part that forwent the usual $500 price tier in the process.

With the launch of GTX 780 the stage has been set for the rest of the GeForce 700 series refresh, and NVIDIA is devastating no time on getting to the next part in their lineup. So what’s up next? GeForce GTX 770, of course.

In our closing thoughts on the GTX 780, we ended on the subject of what NVIDIA would do for a GTX 770.

Without a new mid/high-end GPU on the horizon, NVIDIA has instead gone to incremental adjustments for their 2013 refreshes, GTX 780 being a prime example through its use of a cut-down GK110, something that has always been the most logical choice for the company. But any potential GTX 770 is far more nebulous, as both a 3rd tier GK110 part and a top-tier GK104 part could conceivably fill the role just as well.

With the launch of the GTX 770 now upon us we finally have the answer to that question, and the answer is that NVIDIA has taken the GK104 option.