AMES CONSOLE MAKER Microsoft’s Xbox One console might have arrived in the UK ahead of the Sony PlayStation 4 (PS4), but it’s launching hasn’t been disturb  free. 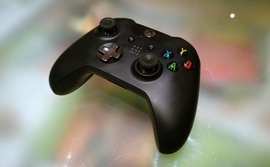 Microsoft was keen to boast that the Xbox One will be capable of streaming live television from external set-top boxes such as a Sky+HD or Virgin TiVo box. However, according to a report from HDTV Test, the Xbox One console is struggling with this, and is causing UK televisions to “judder.”

The report claims that running UK TV through the console results in a juddering picture due to the differences in refresh rate between the console and UK TV signals. This is because TV broadcasts in UK and Europe use a 50hz refresh rate, while the Xbox One natively runs at 60hz, the same as US television broadcasts.

HDTV Test spoke to somebody who had experienced the issue, and they explained, “The score ticker was juddery during Soccer Saturday, and Spanish football was dropping frames when the camera was panning.”

Microsoft has yet to comment on the problem but it seems like HDTV Test has figured out a quick fix, which involves forcing the console to send out 50Hz instead of 60Hz signals. Full instructions can be found here.

Yesterday we reported that the Xbox One was failing to recognise discs, and Microsoft is replacing consoles for those who are experiencing the problem.|